Secretary: Sally Matthews
Sally Matthews joined the New Horizons Band in 2005 after moving to Hot Springs Village earlier that year. She played the flute from the fifth grade through high school, but then hadn't played for about 40 years. In the Fall of 2006, she moved to the Concert Band. She was born in upstate New York, and lived in Minnesota and Texas before retiring with her husband, Gary, to the Village. She has a BS and MS in nursing, working most recently as an Occupational Health Nurse for 3M in Austin, Texas. She and Gary have two sons and four grandchildren. Her other interests include genealogy and quilting. 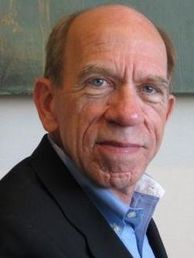 ​
Usher Coordinator: ​​David L. McAllister
​​David McAllister is a native of Camden, Arkansas, and graduated from Fairview High school in 1964. He earned a B.S. in chemistry from Southern Arkansas University, and a Ph. D. in Analytical Chemistry from the University of Oklahoma. He spent his entire career in the chemical industry with Chemtura Corporation, first in El Dorado, Arkansas, and then in Lafayette, Indiana, retiring in 2013. David continues part time employment as a consultant to the chemical industry. he has lived in Arkadelphia since 2001.
David began playing trumpet in fourth grade, and continued through high school and college. Upon moving to El Dorado after graduate school, he played in the pit orchestra for several community theatre productions, and in the South Arkansas Symphony for a few years. While in Lafayette, IN, he played with the Lafayette Citizens Band, one of the oldest community bands in the U.S., having been in existence since 1842. David joined HSCB in 2003, and plays in the church band at First Baptist Church in Arkadelphia. In addition to his musical activities, David enjoys travel with his wife, Cathie, volunteer work with Arkansas Baptist        Disaster Relief and the Arms Around Arkadelphia home repair ministry, and spending time at his cabin in the mountains near                                                             Jasper, Arkansas.
Back to: About Us